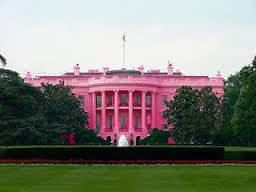 Presidents and their Spouses may put forth a unified front, but when it comes to praying, they often
are in a divided house, in different denominations. Our RecordClick genealogist Joan Shurtliff has compiled a fascinating list.

Three U.S. Presidents have married while in office:

By following the religious beliefs of the Presidents of the United States and their wives, a genealogist can get a glimpse of how this country is evolving. In the early days, Anglican/Episcopal was a major denomination. During the 1800s, Presbyterian and Methodist became more popular. What, this genealogist asks, has happened?

The genealogist needs to look at various aspects – such as religion – of each generation when doing genealogy research. The family history researcher will often note that the location and availability of a church and denomination may play a role in the history of a family. The Episcopal Church has its roots in the Anglican Church and Church of England. The Presbyterians trace their beginnings back to Scotsman John Knox.  For the Methodist Church, John Wesley and, to a degree, his brother Charles charted the course.

This genealogist began my list of the religions of the Presidents and the First Ladies last week. Now, to conclude:

A genealogist knows that families are like puzzles with many different pieces and parts. Religion is one of those parts in the work mix of the family history researcher.

When you hire a professional genealogist from RecordClick, you get a clear picture of your family. Our family history researchers access many records that are not available online and we use a data bases that capture more genealogical information than can be found by just anyone.