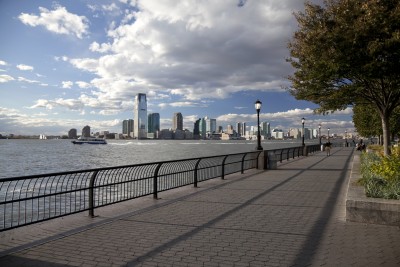 Don’t let television define the State of New Jersey. The likes of Snooki, Tony Soprano, Jwowww!, or Teresa Giudice may be entertaining characters, but they do not represent all of New Jersey by any stretch of the imagination. What trumps these characters – even more than The Donald’s Taj Mahal Hotel Casino on the Atlantic City Boardwalk – is not only the incredible history of one of the first Colonies of America, but the fact that its inhabitants have a passion for historic preservation and genealogy, as well as sharing their knowledge with visitors.

New Jersey has really taken its share of punches when it comes to certain popular television shows – The Sopranos (HBO), Jersey Shore (MTV), and The Real Housewives of New Jersey (Bravo) definitely depict the Garden State in less than flattering terms. Don’t let television interpret the reality of the State. The likes of Snooki, Tony Soprano, Jwowww!, or Teresa Giudice are entertaining characters, but they do not represent all of New Jersey by any stretch of the imagination. What trumps these characters – even more than The Donald’s Taj Mahal Hotel Casino on the Atlantic City Boardwalk – is not only the incredible history of one of the first Colonies of America but the fact that its inhabitants have a passion for historic preservation and genealogy, as well as sharing their knowledge with visitors.

Inhabitants and visitors know the State by a number of nicknames. “Garden State” is probably the most recognized – it’s been on New Jersey license plates since the mid-1950s. What is interesting is the derivation of the nickname is not really known, since the state never officially recognized the slogan. Abraham Browning of Camden has been credited with coining the term when he referred to New Jersey as the “Garden State” in a public address he made during the Centennial Exhibition in Philadelphia in 1876. One thing we know for sure – there is nothing more delicious than garden-grown, garden-fresh Jersey produce, especially its sweet corn and tomatoes.

Another moniker for New Jersey, the “Crossroads of the American Revolution,” brings us home to our favorite subjects: history and genealogy. Five signers of the Declaration of Independence hailed from New Jersey: Abraham Clark, Francis Hopkinson, John Witherspoon, John Hart, and Richard Stockton. New Jersey soil soaked up the blood of an untold number of Continental Army and British troops during the hundreds of battles that raged throughout the Revolutionary War. Battles at Fort Mercer, Monmouth, Princeton, Fort Lee, and Trenton will always be synonymous with the birth of this Nation.

Don’t forget that General George Washington crossed the Delaware River north of Trenton, and his Army was headquartered in Morristown in 1777 and 1779-1780, giving that region the nickname “The Military Capital of the American Revolution.” Morris County, also known as the Skylands Region, is home to many historical destinations.

More than 200 years prior to the American Revolution, New Jersey’s coastline was explored by Giovanni da Verrazano. Henry Hudson came 85 years later, sailing into Newark Bay and paving the way for the region’s first settlement established in 1620 by the Dutch. New Jersey, which is home to Ellis Island and the Statue of Liberty, has been instrumental in this Nation’s birth and growth. For more information on Ellis Island, see Joan Shurtliff’s blog Ellis Island – It Starts with a Name.

If you are a genealogy or history buff, New Jersey is definitely a destination location for a research vacation. Each county boasts numerous historical or genealogical societies, museums, battlegrounds, farms, gardens, mills, churches, cemeteries, Underground Railroad stops, and a number of 18th and 19th-century homes. Several of these homes are owned or maintained by the New Jersey State Society Daughters of the American Revolution. For more information on NJDAR-affiliated properties, please read my blog New Jersey – A Garden of Delights For Genealogy and History

Bear in mind, the state is chock-full of research resources, starting with the New Jersey State Archives. New Jersey Travel & Tourism offers a wonderful booklet titled Discover New Jersey History that lists the state’s many historical destinations and interests. This booklet also lists many historical societies and libraries according to the county, which will make your search for birth, marriage, and death certificates, as well as Wills, probate, and property and land records, a lot easier.

So whether your ancestors lived in the Dirty D, A City in Motion, the Irish Riviera, Brick City, or Havana on the Hudson, they were a part of New Jersey history. Lucky for you, Record Click is located in Denville, New Jersey – also known as the Hub of Morris County. If you hit a sandbar in your family research, consider giving Record Click a call; its expert genealogists can definitely help you with your New Jersey search.