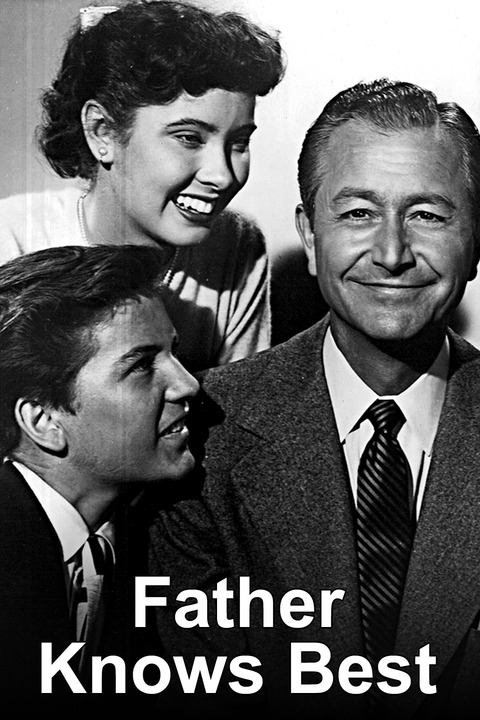 When the genealogist begins looking for fathers, it doesn’t have to be on just Father’s Day. It can be any day! Today, our RecordClick
genealogist Joan Shurtliff takes a look at the family history of Father Knows Best star Robert Young and finds that the census records are very helpful
on seeing all the Dads in the family.

The family of this RecordClick genealogist was like every other family in the 1950s. In the evening, we’d gather around and watch TV. With two and then three networks and broadcasting in black and white, it was a simpler time. Television of the 1950s was a little corny. There were Lucille Ball with her zany antics and Ozzie and Harriet with their spotlighted son Ricky, who appealed to the younger set. Every week Jim Anderson, played by actor Robert Young, attempted to keep up with his wife, Margaret, and their three on-the-go kids in Father Knows Best.

With Father’s Day here, this genealogist thought it might be interesting to see how that “Father” did.

The genealogist needs to combine various resources for clues about this TV Dad. According to the Internet Movie Database, Robert George Young was born on February 22, 1907 in Chicago, Illinois. His parents were Thomas E., an Irish immigrant, and Margaret Young. While Robert was still a youth, his family moved to California. For a genealogist, this isn’t a lot to go on, but it is a beginning.

When the family history researcher begins a search for a more common name, such as “Young”, care needs to be taken. As one often does, the genealogist will find that the census is a good place to start.

Two things the researching genealogist should note at this point:

Questions the genealogist needs to ask:

Robert is the marker and, as odd as it may seem, there is only one individual in Los Angeles who fits his description at this time.  The genealogist should remember that although many people were moving to the area, Los Angeles, at that time, didn’t have the population that it has now.

More questions for the family historian to ask:

Robert is only 12. The 1920 Census was enumerated in January before most people had a birthday. Robert was born early in the year. Joseph’s middle initial is “T” in 1930 and “I” in 1920. In cursive handwriting, the two letters can be easily mistaken for one another. Arnett helps to distinguish the family. Her birth place helps us follow the family.

In 1910, the Thomas E. Young household was living in Seattle, King County, Washington. Thomas was doing well enough in his business for the household to include a Swedish servant. The other members included:

We don’t know how long the Young family lived in Seattle, but it was long enough to be in the 1910 Census and for Arnett to be born there. The Thomas E. Young family consisted of:

In the 1930 U.S. Census, Thomas E. Young is listed twice. That year, the census was enumerated in April. On April 12 and April 14, Thomas is in Santa Monica; married at age 29; born in Northern Ireland; Immigrated in 1883; and is a veteran of the Spanish American War. On April 21, he was enumerated in the Pacific Branch National Military Home: absent from records; 70; married; b. Ireland; Immigrated 1892; naturalized; Spanish War. Military Home records indicate that he had stomach /intestinal issues. On May 21, 1898, he enlisted in the army with the rank of corporal at Springfield, IL and was discharged in October of the same year. His nearest relative was Margaret at 1111 North Chicago Street.

This genealogist is sure that there is more to the story. But it is to be left for another day.

When you want to look into the life of your family, hire a genealogist from RecordClick. Our professional genealogists will find your family’s story and documents.