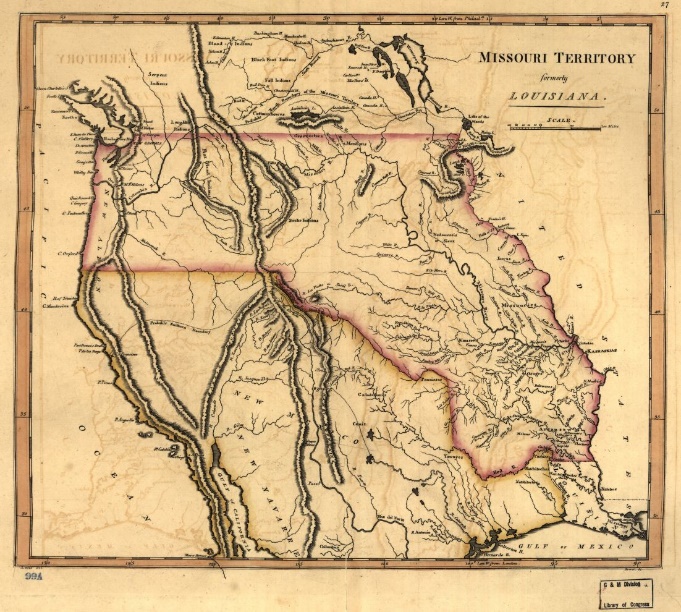 RecordClick professional genealogist Joan Shurtliff knows a good deed when she does one. In her use of land records,
she details the finer ways of finding family history information. Her latest focus is on Daniel Boone.

For this RecordClick genealogist, genealogy and history are full of surprises. Daniel Boone is one of those surprises.

His family is well documented.  His parents were Quakers, contemporaries of William Penn, for whom Pennsylvania is named, which is where the Boone family first settled.

This genealogy researcher doesn’t usually think of colonial families as far travelers. Yet, there may be an exception to every assumption.

Daniel Boone was born in Pennsylvania in 1734 and died in Missouri Territory in 1820. Along the way, he stopped in North Carolina, Virginia and Kentucky.

The genealogy and story of Daniel Boone is a part of American history. His life events and travels have been transformed into movies and television programs. He left a plethora of descendants… and many know who they are.

But how did he wind up in Missouri? I’ve traversed the state from east to west on Interstate 70 a number of times and, being a map person, this genealogist likes to look for intriguing places to stop. On the state highway map, in St. Charles County between I70 and State Highway 94, there is a notation, “Daniel Boone Home”. How did the explorer and frontiersman come to spend his final years in Missouri? What might a genealogist learn from this?

It’s all about the land… and being of service to one’s country… and Congress.

Daniel Boone didn’t have an affinity for people. He preferred forests, creeks, rivers and plains. When a place tended to get too populated for his taste or the living situation became too difficult, he and his family moved on. In 1750, it was to North Carolina. Due to the French and Indian War, Daniel and his bride, Rebecca, moved to Culpepper County, Virginia.  In 1762, they moved back to North Carolina. In 1775, the family relocated to what is now Kentucky. There was another move back to Mt. Pleasant, Virginia (now West Virginia) in 1788 and then in 1795 the family was on the road back to Kentucky.

Finally, there was one more opportunity for Daniel Boone. The genealogist needs to be aware of the variety of documentation resources available because of the research opportunities they provide.

In the late 1700s, there was a great swath of land west of the Mississippi River that was owned by France. At that time, France and Spain were allies, so some Spanish troops were assigned to the area. A Spanish official and friend of Daniel Boone, Zenon Trudeau, wanted Boone to do some exploring in the late 1790s (See Library of Congress map above).  Part of the payment was a parcel of land in what is now Missouri. That’s when Daniel and Rebecca Boone relocated for the last time.

Of course, in 1803, the United States purchased the land which we know as the Louisiana Purchase.  An Act of Congress on March 2, 1805 required actual settlement and cultivation of the land for ownership. Boone couldn’t prove ownership or cultivation, so a dispute arose. It’s the kind of thing a genealogist thrives on.

Daniel Boone, who preferred a more solitary life, took the matter to Congress. According to Testimony taken on February 13, 1806 by the Committee on Public Lands, the petition of Daniel Boone stated:

“That the petitioner was invited by Zenon Trudeau, Lieutenant Gov. of Upper Louisiana, under the Spanish Government, to remove from Kentucky; and, as an inducement to his removal, promised the petitioner a grant of land in that country. Petitioner did remove to Louisiana; and, on the 24th day of January, 1798, he received from Zenon Trudeau a concession for one thousand arpents (a unit of land measure) of land, situated in the district of Femme Osage; had the same surveyed on the 9th of January, 1800.”

Some documents were presented by Boone:

Boone declared to the Board that, on his arrival, he took residence with his lady, at his son Daniel M. Boone’s and about two years prior to the testimony, the couple moved to the home of younger son, Nathan Boone, which was their current residence. 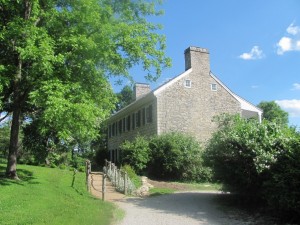 Our genealogist has found that here is the house where Daniel Boone and his family resided for a time.

The elder Daniel Boone placed himself at the mercy of Congress:

“…Your petitioner has nothing to demand from the justice of his country, but he respectfully suggests that it might be deemed an act of grateful benevolence, if his country… would so far gratify his last wish, as to grant him some reasonable portion of land within the territory of Louisiana…”

It took a couple of tries. But, Daniel Boone did receive his property.  In 1820, he died in Nathan’s house in what is now St. Charles County. After Daniel Boone’s death, son Nathan purchased property from the government in Greene County (near Springfield, MO) beginning in the 1840s. There is a Missouri State Historical Park in Greene County named for him. Daniel Morgan also moved on purchasing land in Jackson County (near Kansas City). It was there that he ended his years.

Land records are often much more than just a deed giving a property description, a date, and some names. Land records can often include information about a family or they can lead to other courthouse records.

When you hire a genealogist from RecordClick, you’ll get the experience of true professionals who know about records and how to use them in family history searches.