When the genealogy researcher finds sources and tales, how does one proceed? Our RecordClick genealogist takes a look at Carol Burnett’s “mixed-up” family and finds interesting details that don’t always make sense.

In recent blogs, this RecordClick genealogy researcher has attempted to explain these two questions:

Yet, what better way to answer these questions than to cite an example? 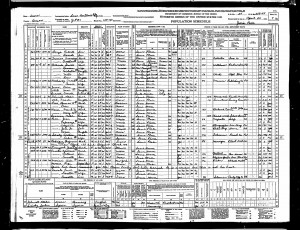 Our RecordClick genealogy researcher has located the 1930 Census with Carol Burnett in it.

In doing so, this genealogy researcher is going to break one of my own rules. I am not listing precise sources to protect the guilty. I am, however, going to borrow comedienne Carol Burnett’s family for just a bit.

This genealogy researcher is not going to pass judgement on what has been posted online, but I am going to interject a few questions.

My premise is going to be from information on Carol Burnett’s birth certificate and the 1940 U.S. Census. Common knowledge is that CarolBurnett was born in San Antonio, Bexar County, Texas. According to the image of her birth certificate found on FamilySearch (Texas Birth Certificates 1903-1935), she was born April 26, 1933. Her father is listed as Joseph Thomas Burnett age 26 of 3301 West Congress St.  He was an insurance salesman, born in Belton, TX. Her mother is listed at Ina Louise Melton, age 22, of the same address, born in Bellville, Arkansas.

The information found by this genealogy researcher included in an online family tree for Carol Burnett:

In the time line, genealogy researcher, what is the first indication that there may be some issues? Wouldn’t the astute genealogist question Ina’s 1924 marriage, especially if she were born in 1911? No marriage record for Joseph and Ina is listed as a source of information. A quick 1930 census search found no listings for a Joe or Joseph Burnett married to Ina in Texas.

The next question has to do with the 1920 entry. The 1920 U.S. Census is not listed as a source. I found an 8-year-old Ina listed as a granddaughter in a household in San Antonio that fits with the information provided online. The family is listed in San Antonio; ED45; Sheet x-21B; dwelling 316; family 338;  lines 63-68:

Sometimes, enumerators are gracious to the genealogy researcher. In this case, a genealogist may surmise that Mary E. Jr. is the daughter of Mary E. and that Ina L. is her sister. Mary E. is listed as a widow, which doesn’t fit with the timeline listing the death of Ina’s father in Los Angeles in 1951. The fact that the married name of Mary E., 30, widow, isn’t listed should also raise a genealogical eyebrow or two. In the 1920 census, Ina’s grandmother is Flora. In 1940, her grandmother is listed as Dora. Who is and what happened to Ina’s older sister, Mary? There could be some clues there.

Finally, genealogy researcher, let’s go back to Carol Burnett’s birth certificate. Now, let’s ask: who was Ina Melton? I did find an Ina Melton in the 1930 census that somewhat fits the description of Carol’s mother. She was 19, married to Ollie Melton with a son Roy and was living in Rains County, Texas. Rains County is not far from Arkansas, but up the road apiece from San Antonio. Could there be a connection? What happened to the Ollie Melton family? How did Carol Burnett’s parents meet? 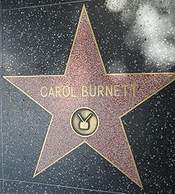 Carol Burnett has said she had a mixed-up family. At this point, I have to agree with her. The genealogy researcher will note that more questions need to be asked. More primary source records need to be found by astute genealogists.

When you hire a genealogist from RecordClick, you’ll find that we are good at asking the right questions. The RecordClick genealogist will get the best family history information for your ancestry search. We regularly work with complicated families and help you understand the simple, complex and unique situations of your family tree.