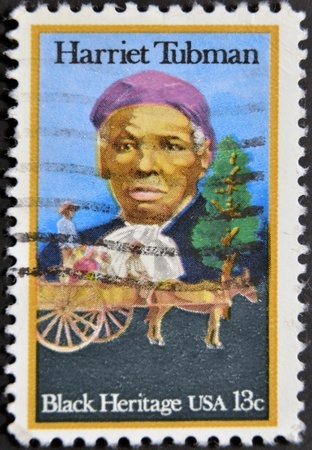 Harriet Tubman Davis was an amazing force in our country’s journey out of slavery and beyond. Ms. Tubman’s 90 years of accomplishments include land purchases. Our RecordClick genealogist Joan Shurtliff verifies–and corrects–her details.

A genealogist needs to be surprised. We can’t take information for granted.

This family history researcher thought she knew Harriet Tubman. After doing the genealogical research on Frederick Douglass, this RecordClick professional genealogist thought it would be interesting to look at the life of Harriet Tubman Davis. Maybe there would be new finds for the genealogy researcher. Was there more to be discovered about the amazing woman who was an escaped slave, Underground Railroad conductor, Civil War soldier and spy, and advocate of human rights? This amazing giant (at 5’ tall) in African American history lived for 90-plus years. 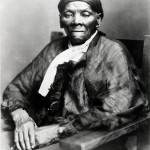 Even at 5′, Harriet Tubman Davis is a towering figure in American History

Much has been written about her. Yet, as this genealogy researcher searched, some discrepancies were found in the details of Ms. Tubman’s dynamic life.

So, the only life date I’m supplying from my genealogy search for Ms. Tubman is her death: 10 March 1913 in Auburn, New York.

Where is a go-to place for a genealogy researcher to get information? Well, Wikipedia may sometimes be a good place. I will use it as a beginning for background information on occasion. While it does serve a purpose for us genealogists for hire, this on-line data site, however, is not to be trusted fully. Wikipedia does attempt to source its material, but it really was off when it came to Harriet Tubman Davis. Most of the sources were secondary.

Other online sources may be helpful. FindAGrave has a write up and The African American History of Western New York has a Harriet Ross Tubman Timeline. These also list numerous secondary sources.

Speaking of timelines, here are a few dates (compliments of Wikipedia, FindAGrave and The African American History of Western New York) concerning Harriet Tubman Davis and the land she owned:

A secondary source is one compiled by someone else such as a biographer or an encyclopedia. A primary source is an original document such as a birth or death certificate, deed or will. A newspaper is sometimes considered a primary source because the reports published in it were recorded in a (usually) timely manner. These primary sources were created at, or very near to, the actual date of the event.

So what really happened, dear genealogy researcher, in Harriet Tubman’s land purchase history? Because I am a professional genealogist and needed to know, I checked the primary sources which are the land records.

The story of the Harriet Tubman Home for Aged and Indigent Colored People is true but the dates were a little bit off.

The genealogy researcher needs to remember primary sources (the musty old legal and religious books of which a fair number have been microfilmed or digitized) are more accurate than gleaning information from a book or online site which somebody has written. That said, a book such as a biography may provide a sense of who the person was and what they accomplished. As for Harriet Tubman Davis, this genealogy researcher doubts she took a very active role in the construction of the home for the aged named for her. Ms. Tubman was older by that time and her health was beginning to fail.

Finally, whether it is wills and probates, land deeds or jury duty, a goal of the legal system is to be fair. Times and places in history may change the definition of “fair”. Being born a slave in Maryland was not fair. For Harriet Tubman Davis, owning land in New York during her long life is fair. This genealogist has verified the documents. Here’s to you, Ms. Tubman!

All of our ancestors have stories to tell. The genealogy researchers at RecordClick will verify the information, find that special legal or religious document, organize your family history, double check dates, create your special family document and more.