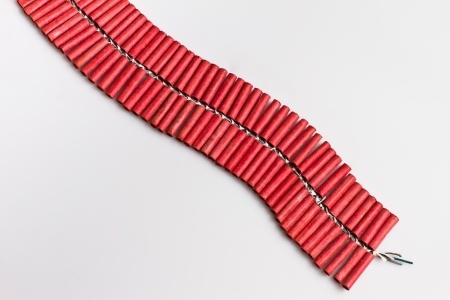 Is it just a big bang theory to say that the genealogy of fireworks families shows generations of pyrotechnical experts? But the families that helped develop
these amazing spectacles were originally just of royal lineage. RecordClick does some family history research into who began and who continues the business of setting the sky ablaze.

Anyone who does genealogy knows that family history research can be like fireworks: sometimes a big boom. Sometimes, a blast. Likely, many Americans enjoyed fireworks this summer. Think back to when you were a kid.  Summer, July Fourth—it was all about the fireworks, right?! Think even further back and you’ll realize that the genealogy of the families known for producing the amazing fireworks begins somewhere around 200 AD.

Next, we found that hunks of green bamboo when thrown onto a fire made loud cracking noises very early on in Chinese history. According to our genealogy research, these flammable hunks produced a burning show so loud and wild that the Chinese royalty were convinced this was a way to keep away bad spirits. So, they began to have these unusual flames and bursts at the beginning of the year, when everyone wants to start right. What a new way to usher in a new year!

Genealogy researchers will find that it was those with pristine family history who liked to fire up the skies in China. The early Han Dynasty family members solidified their place in history for the fireworks genealogist. The Hans were the ones who pushed the early Chinese chemists to make yet a bigger bang. And they were the ones who did it at the New Year. The following are the ruling royal families in China who originated the use of fireworks: 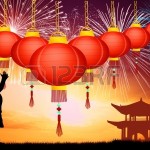 Next, the chemists put the bang in the hollowed out bamboo shoots. A more expansive type of fireworks, early on, was used by the Song family members in their celebrations:

Our genealogy research can next move to the Middle East, where in 1240 a Syrian Hasan al-Rammah wrote about witnessing these “Chinese flowers” in the Orient.

In 1292, explorer Marco Polo brought fireworks back to Italy from China. By the 1400s, the Italians were artistically improving this explosive and spectacular Chinese secret.  The joyous display of color and noise was used to shake up events for the Italian royals there, too.  The Italians brought color and artistry to a new level by incorporating local buildings as settings for the spectacular display of colors.  The Italian fireworks artistry was embraced as business by families who then brought this family business to Europe, Australia and America.  (More on that next time.)

By the mid-17th century, word had spread to Russia when Peter the Great’s Ambassador, Lev Izmailov, reported from China that he had seen these explosive displays.

By 1758, word came back to Paris in the form of a treatise written by a missionary living in Beijing. His treatise was on the science of the fireworks. It was translated from Chinese and published five years. This added a BOOM for the history books. By then, everyone wanted to know the secret of Chinese fireworks.  Having Royal genealogy was no longer the only way to enjoy these displays. The general public was allowed to marvel at such displays during important historic events in Russia, England, France and Italy.

That’s the brief history or the origin of fireworks. Next we will look at the business of fireworks and the genealogy of those families who have been bringing colorful joy to Americans for more than two centuries.

Want to add a boom and wonderful color to your family history research? The professional genealogists at RecordClick will light up the sky for you and your ancestors.