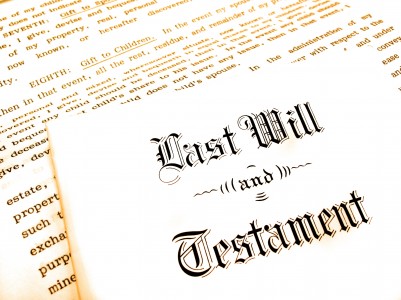 Wondering how to find your inheritance? Whether your ancestors had a will or not depends on a number of things, including whether they had any possessions. Our RecordClick genealogist Joan Shurtliff makes wills and probates more understandable for all the genealogy researchers out there who are waiting for their “ship to come in.”

Genealogy buffs legal research would be so much easier if everyone did the same thing the same way… all the time… no exceptions. Right?

Solving genealogy problems would be so much simpler for this professional genealogist. We would all be alike and have the same experiences. That would be so great. Except for one minor detail – life (and death) just isn’t like that!

We genealogists for hire regularly delve into a good will and probate for family history research answers. Yet, we need to be aware of how different cases–in different time frames, in different circumstances–are handled.

So I will now ask all the genealogy researchers out there who may want to know: What is probate and why does it exist?

Simple answer: Wills and probate are the settling of assets and debts when a person dies.

If the individual became sick and the doctor came to visit before the death, then the doctor is owed his or her fees–even if the patient died! The court is the third party that makes sure all is handled fairly and according to the law.

Next, question for the family history researcher:  What is the name of the court where wills and probate are handled?

This professional genealogist doesn’t recommend too many books, but I’ll recommend one now. Every genealogy researcher should have a copy of The Researcher’s Guide to American Genealogy by Val D. Greenwood. The third edition, copyright 2000, is published by Genealogical Publishing Co., Inc. This book explains a lot. The genealogy researcher can even find when the various states started keeping vital records and where probate records can be located in each of those states. Don’t feel the need to read it cover to cover. Look up what is of interest to you in your genealogy research project.

Since the family history researcher usually is looking at many decades and even centuries in an ancestor search, a thorough genealogist needs to find out how things were done during many different time periods. The intricacies of wills and probates can – and do – vary from time to time and place to place. Genealogy researcher will find that the historical practices and current laws show many changes. A good genealogist has to find out how things were done at all of these different times.

This professional genealogist thought it might be interesting to see how the will of someone who lived through in an entirely different set of circumstances was probated.

And who better for the genealogy researcher to study than Frederick Douglass!

He was born Frederick Augustus Washington Bailey in Maryland, in about 1820, to parents who were slaves. At an early age, he realized that his ability to read was the key to freedom. He determined to learn how to read and write. He went on to escape from slavery, teach, publish his own newspapers and periodicals and became a celebrated orator and statesman. He was an abolitionist, human rights and women’s rights activist, orator, author, journalist, publisher, and social reformer. Douglass served as an advisor to presidents. Abraham Lincoln referred to him as the most meritorious man of the nineteenth century. Most agree that he was the father of the civil rights movement. The genealogy researcher will see that Douglass lived a very full life that ended in February 1895 in Washington, D.C. 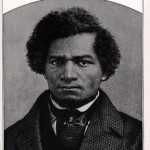 A brilliant statesman, orator, writer–Douglass also made sure to have a will.

Douglass was a wise man in so many ways. He was also wise in that he prepared a plan for the disposal of his estate after his death. Several years before his death, he prepared a will with four stipulations:

1)      “First, I give and bequeath to my dear devoted wife, Helen Douglass, my house and fifteen acres of land situated Anacostia, D.C. with all outbuildings and appurtenances…

2)      “Second, I give and bequeath to the said Helen Douglass, all my writings, books, papers, pictures, paintings, horses, carriages, harnesses…

4)      “Fourth, I give and bequeath to my daughter Rosetta D. Sprague, and to my three sons, Lewis, Frederick and Charles the remainder of all property of which I shall be possessed at my death…” (Monroe County, New York, Book of Wills, vol. 57, p. 178) 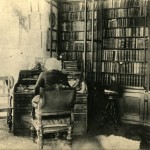 Was Frederick Douglass writing his will here?

The Frederick Douglass estate was not an easy one to probate after his death in 1895. He owned property in both places–Anacostia, Washington, D.C. and Monroe County, N.Y. However, he lived the longest amount of time, some 25 years, in Rochester, Monroe County, New York.

So how was his estate probated?

“…that at the time of his death he was a resident of said City of Washington, and that the time of his death he was the owner of two parcels of land in the City of Rochester, Monroe County, New York… and that the said Frederick Douglass, deceased, left a last Will and Testament, and that the same was on the 22nd day of April, 1895, duly admitted to probate in the Supreme Court of the District of Columbia…” (Monroe County, New York, Book of Wills, vol. 57, p. 179)

In this case, the genealogist will see that part of the probate was done in Washington, D.C. and part in Monroe County, New York.

One of the main things for any genealogy researcher to remember is that in order to have an estate to probate, an individual usually had to own something of value. The term “value” is not specific. A sharecropper who owns no land, lives in a very basic of house with few possessions is not likely to have had a will or an estate that needed to be probated. Yet, this professional genealogist has run across some interesting situations.  One of them was the probate of a Kansas cowboy who owned a good horse and saddle. He had an estate–the horse and saddle. When the county wanted to recover burial expenses, there was a probate which performed an accounting of the estate’s holdings—the horse and saddle.

Question for the genealogy researcher: What is the threshold for an estate to be probated?

This professional genealogist will answer: It all depends.

For any genealogy researcher to determine whether an individual had a will and/or probate, here are some quick and basic tips for the family history researcher to use:

1) Learn about the people in the family and what they did and how they lived. A probate indicates that an individual owned something that had monetary value.

2) Review the laws for the time and place where probate may have occurred. This will help in determining whether there was a will or probate and how it was handled.

3) Check the place where the family tree member died and locate the appropriate court. Keep in mind that there is a chance the estate may have been probated somewhere else.

Need more information about wills and probates? Let the professional genealogists at RecordClick help you and your family. We know the process. We have access to courthouse resources and will find the answers to your family’s genealogy questions.