A genealogy researcher can find his family’s mental health history through traditional methods. Reporter Tom Davis used his creativity, tenacity and reporting skills to add full color to his family’s generational struggle with alcoholism. He also found the genetic genealogy back story to his family’s disease.

He is like a genealogy researcher. Tom Davis was a graduate student in journalism at one of the country’s elite schools as well as a professional reporter who happened to do the work of a genealogist. His family’s mental illness became the subject of an article and then, in 2011, a book:
Legacy of Madness: Recovering My Family from Years of Mental illness.
To write it, he used traditional genealogical research tools to uncover the history of his family’s medical issues.
Which tools did this family history researcher use?

Davis lists them in his acknowledgements.

The traditional genealogy research tools he used include:

Davis adds the reporter’s touch with additional methods of genealogical inquiry.  He adds these to get a full sense of the time, place, and people of his family tree and their history of mental illness.  He uses the added benefits of a reporter’s art to give color and depth to his family’s mental health history and ancestral story.

These additional genealogical research tools that helped Davis add depth to his legacy:

With the reporter’s skill, he is able to track his family’s genealogy back to their American beginnings.  Then, with the combined skill of a genealogy researcher and the reporter, he tells the their genetic history of mental illness.

He traces the Obsessive Compulsive Disease shown in his mother and grandparents way back in his family tree.  He details the way the disease manifested itself in at least four generations of those relatives—and in his own life.  From there, his genealogical research uncovers the way the family treated the then-undiagnosed disease: through self-medication.  This adds another level which the family history researcher can reveal—the tracing of alcoholism through the generations. 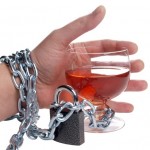 Through creative reporting and genealogy skills, Davis breaks the chains of his family’s history of alcoholism

What Tim Davis does in Legacy of Madness: Recovering My Family from Years of Mental Illness is a ground-breaking example for the genealogy researcher.  He traces not only the disease of alcoholism throughout his ancestor search, but he uncovers the reasons behind the self-medicating.  Davis does this through extensive reporting and creative genealogy research.

For those who want to search your family’s medical story, the professional genealogists at RecordClick will help you.  We carefully and sensitively do the genealogical research to find the answers to your long-wondered family history questions.