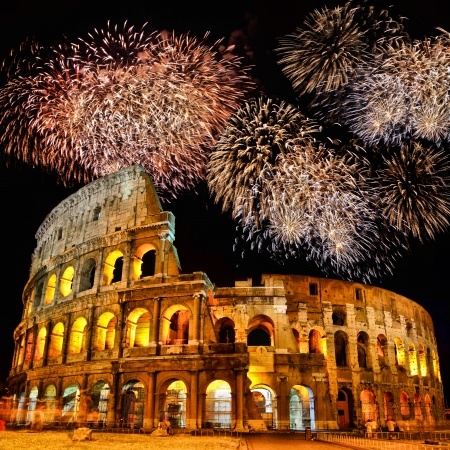 Lighting up the skies is a family business. Passed down from generation to generation, and not without dangers, fireworks are still practiced as a trade brought over from Italy and Portugal by their great great great grandfathers. The genealogy of these families lights up many a branch of their family trees.

This genealogy of firework families is a blast. And an international one, too. It blazes from early China and those royal family trees with spectacular genealogical lines to Florence, Italy in the 1400s where the fireworks manufacturing biz was booming.

It was growing in Italy because at that time the pyrotechnical guys found a big hit when they stuck fireworks into the heads of the plaster figures in Italy’s many religious parades. Those figurines’ fire-filled eyes and sparkling mouths kept the masses thrilled.

A genealogy researcher will see that many of the ancestors of today’s American fireworks families began in Italy. Some came from Portugal. In their homelands, some were apprenticed to pyrotechnicians. Others were born into the fireworks business.

This family history researcher has compiled a brief list of Italian or Portuguese fireworks families who have brought excitement to New Year’s eve, Fourth of July and special event excitement in today’s USA.

No longer in the family:

No longer in business:

A professional genealogist will be able to find many more records on these family tree searches. The genealogy search will take census records, birth and marriage records from many American cities and the original Italian or Portuguese towns. There are lots of branches for the genealogy researcher to find. But it may not be so difficult since many of the businesses are still in family hands. That makes it much easier for the genealogist.  In-person interviews will likely yield genealogy records from family files and ancestor pictures galore.

The genealogy researcher will see that the late 1800s saw many of the fireworks founders move from Europe to America. Ship records and entrance cards will be useful here to verify names, dates and home towns. 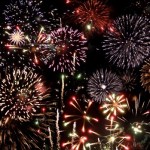 To build the history of the companies, the genealogy researcher will use city directories for company information and business records archives. Newspaper accounts and memoires will fill in the details and color.

Here is a brief genealogical list of some of the families whose pyrotechnical businesses are still making family history:

Antonio Zambelli was one.  He came in 1893 from Caserta, Italy.  In the 1940s, he purchased the business from the wife of the founder, named Fazzone. It still is in New Castle, Pennsylvania.  His grandson George Zambelli, Jr. a Medical Doctor heads the family business, Zambelli Fireworks Manufacturing Company.

In 1899, Vincenzo Sorgi left Avenzzano, Italy for the United States. Three years later, in 1902, he began the American Fireworks Company in Hudson, Ohio. It was a business genealogy no brainer for him.  He knew the pyrotechnics field because three generations of his family before him had been in it.  Over a century later, the company is still operating.  Managed now by a seventh generation of the Sorgi family tree, Vincenzo Sorgi’s descendants, Jamie, John and Roberto Sorgi are working in the business.

In 1895, Paul Rozzi, was born in Pietramelara, Italy. Long known as the “Fireworks Capitol” of Italy, Rozzi left there for America at the turn of the new century.

He settled in New Castle, PA.  Paul’s son Arthur, according to the Rozzi Fireworks website, began a business relationship with Cincinnati that continues today.  Arthur started Rozzi’s Famous Fireworks in Loveland, Ohio in 1930.  Today, the descendants of Paul and Arthur still run the company.  Nancy, Joe and Kathy Rozzi are still involved with the company.  It is still all in the family.

The Speciale family ran the American Fireworks Manufacturing Company, a fireworks company near Utica, New York since 1947 and in 2011 ended its family history with the business.

The Speciale family genealogy in fireworks dates back to when Vincenzo Speciale immigrated to the United States from Palermo, Sicily, and ran what was called the Italian American Manufacturing Co. At his death in 1936, Vincenzo’s son, Joseph took over.  Upon Joseph’s death, Joseph’s son Vincent took over. As of 2011, Vincent had sold the company to his protégé Kevin and the company was no longer in the family.

Next time, we’ll blast through the genealogy of the omnipresent Grucci family.

Want to add some power to your genealogy research? The genealogists for hire at RecordClick will go back generations for you. We’ll document your family’s booms and blasts.