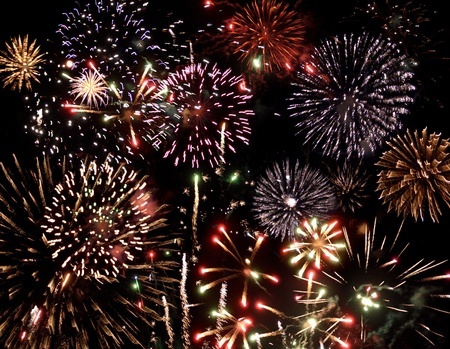 Fireworks are tricky business. Yet, lighting up the skies is the work of the Grucci Family for six generations now. When it is all in the family, a genealogist can have a bit of a blast looking at the family tree of the “First Family of Fireworks”.

How does a genealogy researcher trace “America’s First Family of Fireworks”? Would it be easy to find the genealogy of the Grucci Family, which holds the Guiness Book of World Records’ honor for performing the largest fireworks display ever ?

Well, this family is certainly visible. Coming up in September 2014, the Grucci Family will be in the skies once more.  They will be showing off in Baltimore, Maryland with the official fireworks celebration in honor of the 200th Anniversary of the American national anthem, The Star-Spangled Banner.

La famiglia Grucci traces their pyrotechnic roots to Bari, Italy, where, in 1850, Angelo Lanzetta, great great grandfather of Felix Grucci, Sr. was born. Professional genealogists have found stories that suggest he was apprenticed to an Italian fireworks family. A genealogist for hire or the family history researcher can search the records in Italy for birth documentation and marriage records. The genealogy researcher may want to look at business records and church archival notes for documentation of local businesses as well as local events and celebrations from that time.

In 1870, Angelo Lanzetta came from Southern Italy to Long Island, New York.  The genealogy researcher can search for his entrance card and ship records to get the exact names, dates and destinations. After Angelo Lanzetta’s death in 1899, which the genealogist can confirm with his death certificate, his son, Anthony Lanzetta, inherited the business. It passed earlier than expected to the next generation and a search of local newspapers, obituary notices and business directories is one way to verify the dates, events, original business name and locations.

So, if the business was owned by a Lanzetta, what’s with the Grucci name?

The Grucci fireworks family tree began in 1923, when Lanzetta’s nephew, Felix Grucci Sr., joined the business as an apprentice. 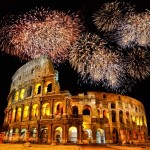 Fireworks are the family business of the Grucci Family whose roots are in Italy.

When the Great Depression hit, the family moved the business to Miami for better business prospects. But, by 1929, they had moved back to Bellport, New York on Long Island. For the genealogy researcher, surely interviews and family stories will add color to this business move and the new beginnings in New York. Documentation might likely be found in the formal business registration records.

In 1940, the genealogy researcher will see that extended the family tree began to branch out. The genealogist would find the marriage certificate of Felix Grucci, Sr (b.1905, d.1993) and Concetta “Connie” DiDio (b.1918, d.2007). A family history researcher can find the birth (and death) certificates of their children, Donna, James (b.1941, d. 1982, killed in an onsite plant explosion), and Felix, Jr. (b. 1951) who each stayed in the business and helped helped build it.

Felix Grucci, Jr. has had a life beyond the fireworks business. The genealogy researcher will have a field day with public records as Felix Grucci, Jr.  is a former United States Representative from East Patchogue, New York. He was elected as a Republican to the 107th United States Congress and served from 2001 until 2003. He also served as the Brookhaven, NY, Town Supervisor. For the genealogy researcher, newspaper reports, township minutes and congressional reports will be great resources for shining light on Felix Grucci, Jr.’s public service.

The fourth generation, Felix Jr.’s sister Donna and her husband, Merlin Phillip “Phil” Butler, recently retired from the day-to-day running of the family business and are still involved in the company. The family history researcher would be smart to interview them for family stories and the lore of earlier Grucci generations. James’ son Felix “Phil” Grucci (b. 1964), officially a fifth generation member of the family tree, is currently the President/CEO of Fireworks by Grucci, Inc. and Pyrotechnique by Grucci, Inc. the manufacturing division of the company.

The family fireworks genealogy is now into the sixth generation of Gruccis with Corey (Phil’s nephew), Lauren (Phil’s daughter) and Christopher (Phil’s son). Relative Krystal Butler is currently working there, also. The company’s headquarters are still in Long Island in Brookhaven, New York, and the pyrotechnics manufacturing facility is located in Radford, Virginia.

Shows a family can have a blast working together over the years, doesn’t it?

Light up your family’s sky with your spectacular genealogy. The professional genealogists at RecordClick will find your documents, your family members and your unique ancestral story.