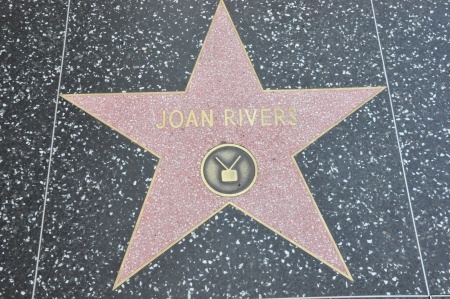 Joan Rivers genealogy shows ancestral ties to a place of scholarship and great minds. Our RecordClick genealogist looks at the easily available records to link Joan’s brilliant brain with others in her past. There are also some interesting mistakes in the genealogical records that we correct. In memory of our favorite groundbreaking comedian. May her memory be for a blessing.

This genealogy researcher has always loved Joan Rivers. May she rest in peace. I will miss her.

She was brilliant. She graduated Phi Beta Kappa from Barnard. Did she inherit her father’s smarts? Seems so.

Joan Rivers was born Joan Alexandra Molinsky.  Her father Meyer Chaim Molinsky was a doctor. He is listed along with five other students in Long Island College Hospital’s Class of 1924. And any genealogy researcher knows that you had to be smart to go to college in those days and even smarter to go through a medical course of study.

In Joan Rivers’ memory, this genealogist will look at her ancestry and in particular her father’s family.

Joan Alexandra Molinsky Rosenberg was born in 1933. She was the younger of two daughters of Meyer Chaim Molinksy and his wife Beatrice (also noted as Bettrice on the 1920 census and maybe Betty Cohan from a 1928 marriage certificate. Now that last one would be interesting to hear Joan Rivers comment on…) Joan’s mother is listed as Beatrice Grushman Molinsky in most documents. The translation of documents lists Joan’s sister as Barbara Cushman (?) Molinsky Waxler (b.1930 d. 2013) but this genealogist suspects that the name Cushman may have been Grushman or changed or mistranslated. Direct interviews with family members is how a genealogy researcher would clarify this at first.

Joan’s sister, too, was brilliant. This genealogy researcher found in an obituary notice that sister Barbara attended Connecticut College where she majored in economics and also graduated Phi Beta Kappa.  Barbara went on to attend Columbia University Law School where she was one of the youngest graduates. She also attended medical school. The genealogy researcher’s next step to verify this information would be through relevant school records, bar and medical society documentation.

This genealogist has found solid information for Meyer Chaim Molinsky in the standard genealogical research documents—census, marriage certificates, and naturalization records.  But the information that has fascinated this genealogy researcher comes on the ship record, the 1920 census and the place of his birth.

Meyer Chaim Molinsky was born in Russia—Nemerov—in about 1900. His birthdate is mostly listed as December 7, 1900, yet it appears as 1897 on a naturalization certificate and 1901 on another document. A genealogy researcher and one who traces Jewish genealogy knows that such dates are often not exact when dealing with immigration records. One record found by this genealogist shows that Meyer Chaim died in January 1985 of heart failure at his home at 6 Oxford Road in Larchmont, New York. And to think that Joan’s heart had trouble in the end…

Meyer Chaim’s birthplace is Nemerov. This place is now called Nemyriv in western Ukraine. For those family history researchers focused on Jewish genealogy, it should be noted that Nemerov, during the 1600s through the 1800s, had a sizeable and important Jewish population. The town became well known because noted Torah scholars were there during this time and disciples of important Hasidic rabbis flocked to study there. For those researching Jewish genealogy, Nemerov appears as a notable center for Jewish learning. Two Rabbis in particular were known to have spent time in Nemerov:  Rabbi Yom Tov Lippman Heller (from whom this RecordClick genealogist likely descends) and Nathan of Breslov also known as Reb Noson, born Nathan Sternhartz, who was the chief disciple and scribe of Rebbe Nachman of Breslov,  the founder of the Breslov Hasidic dynasty. 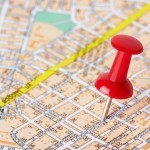 Joan Rivers’ father immigrated from Nemerov in the Ukraine.

To this genealogy researcher, it seems likely that Joan Rivers’ and her sister Barbara’s brilliant minds and their very smart father may perhaps descend from Torah scholars in Nemerov. This could be further researched in the original birth, marriage and death records and scholarly books from the Ukraine. A search of the existing Hasidic writings and yeshiva student lists from that time would also be important, A genealogy researcher focused on Jewish genealogy may find more information on this and be able to link Joan Rivers further to her family’s ancestral history of brilliant, scholarly minds.

Back to Meyer Chaim Molinksy’s journey. He left Nemerov and departed from Liverpool on the ship Mauretania arriving in New York on September 16, 1910 at age 9. The ship’s manifest says that he, his mother and two siblings were aboard the ship and that they were living in Odessa before their departure. This may just be where they were right before leaving. More research will have to be done to see how long their stay was in Odessa. In all subsequent documents, his hometown is listed as Nemerov.

By 1920, his family is living in Brooklyn. His mother Minnie is age 49, has three children and is listed as a widow. Meyer’s older sister, Ida, age 22, is listed as working in the men’s clothing industry. The documents found on line interpret her position as a fireman. BUT this genealogy researcher has looked at the actual census document and found that this is not correct. Ida was actually a finisher in men’s clothing, a job that many immigrant girls got in sweatshops in New York. Someone read the handwriting incorrectly. Big mistake!

If Ida is Minnie’s oldest child, it might be noted that Minnie had her first child at age 27, which was old for that time. A genealogy researcher focused on Jewish genealogy would take the next step and verify this with the original birth and marriage records from the Ukraine. The genealogical research would include verifying Meyer Chaim’s father’s information, his parent’s marriage records and the family’s birth records. These records most likely can be found in the Mormon (LDS) church’s voluminous collection of records from that area of the Ukraine.

In the 1920 census, Meyer Chaim also has listed his younger brother, Harry, who in 1920 was age 16 and working as a salesman in a department store. Meyer Chaim is listed as a student—most likely in the very beginning of his medical studies. The genealogy researcher would take a small next step to verify through school records and business directories the length of study in the 1920s at the Long Island College Hospital. We do have a good note on that from the 1940s census which lists Meyer’s highest grade completed as:  “4th year college”.

If we look at the actual ship’s manifest, from the Mauretania sailing from Liverpool on September 10, 1910, it appears from the handwritten documentation that Minnie may originally have been Molie and that the last name may have been Malinowski.  Meyer is spelled Meier on that document. This Jewish genealogy researcher notes that the original names of Meier’s siblings would have to be further clarified by genealogical research focused on the ship’s cards and other departure/arrival lists. This genealogy researcher noticed that their Yiddish names are listed. It appears in longhand to be Roizel for Ida and Harry’s original name is there but not clear. More genealogical research would have to be done to look at the original document in person. Many immigrants adopted Americanized names and this family was no different. Molie became Minnie. The children became Ida and Harry. Meier became Meyer. And maybe the last name was shortened.

The three children were listed with their mother. No father is listed.  However, this genealogy researcher knows that often fathers sailed ahead first to America bringing families over later. Another possibility is that she came over as a widow. We have a nice family history research mystery here. 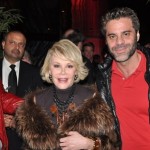 But, by the 1920 census, the family is living in Brooklyn.  Meyer Chaim’s mother is listed as a widow and a male, Chas Traner/Trainer age 45 from Minsk (Poland) is living with the family. He is listed as a Boarder (often an arrangement made to bring in extra funds) who is a salesman in the Camp industry. And in loving memory to our beloved Joan Rivers and her brilliant, fabulous, amazing, over the top sense of humor, we are going to add: Minnie a widow and a male boarder, sure, a boarder, WINK WINK.

This brief journey back in time to when Joan Rivers’ father came to America and his early life is a small example of how the genealogy researchers at RecordClick work. RecordClick’s professional genealogists search all types of records including immigration documents, birth records, marriage records, school records and more.  Our genealogy researchers search thoroughly to bring back some part of those near and dear to us who have passed on. Contact us to begin your journey back in time.