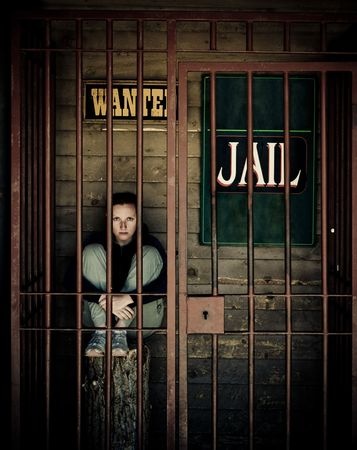 We all know that everyone in the family wasn’t perfect. Yet, even the smallest offenses are recorded in court records. For the genealogy researcher, criminal records are a great place to find details. RecordClick professional genealogist Joan Shurtliff tells you where you can literally find the trials and tribulations of your ancestors.

We professional genealogists know all about the upstanding citizens who did their civic duty and went to church every week. But what about those ancestors who had a run in with the law? They may have been scoundrels – or not.

Every genealogy researcher can find at least one or two in the family tree who were perfect and planted in Mayberry.  And then the family history researcher might just locate a few ancestors who had a relationship with the local constabulary somewhere else.

This professional genealogist found it so interesting to see the recent episode of the current American genealogy TV show Who Do You Think You Are (WDYTHY) actress Cynthia Nixon’s ancestors. It was absolutely intriguing and informative to see that the genealogy researchers uncovered the facts of Nixon’s great grandmother’s conviction and prison sentence for the murder of her spouse. I also recently watched an episode of the BBC’s version of WDYTYA (on YouTube) that looked at actor Jeremy Irons’ ancestry. The professional genealogy researchers found that he, too, had a great grandparent who spent time in prison. (Jeremy Iron’s relative was in for political reasons.)

So, what criminal records are available to the genealogy researcher and where are these records located?

The first part of the question is easy to answer. Unless there is a mitigating circumstance, all available criminal records are open to the public. Most criminal offenses are minor and so the cases are handled by lower courts. These cases may have been for such crimes as disturbing the peace. Even major crimes, such as murder, begin in a lower court, usually.

At the lower levels, a preliminary hearing is held to determine that

1) A crime has been committed and  2) There is reason to believe that the suspect committed the crime.

If the lower court deems there is support for these two elements, the case will then be passed on to a higher court.

Good news for the genealogy researcher: Records have been kept at every level! 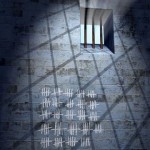 Genealogy research can take you to court! The records are amazing for ancestor searches.

Depending on the situation, the local newspapers also may have carried a record of the events with stories that follow and detail the case.

The second part of this question about locating criminal records is a bit harder to answer because of changes in governmental structures, laws and population matters. To help out here, a genealogy researcher needs to discover some history of the place where the ancestor lived. A family history researcher can do this by asking questions like: Was it a rural area? Was it a small town like the iconic Mayberry R.F.D.? Or was it a larger metropolitan area such as New York, Chicago or New Orleans?

A third thing for the genealogy researcher to keep in mind when trying to locate criminal records, is that, as transportation changed from horses to automobiles, states created additional levels of law enforcement. Highway patrols are a good example. These additional levels of law enforcement give the genealogy researcher another source for records to search.

New York City is a good place to start.

New York’s been around a long time as the genealogy researcher knows. Its historic police force evolved from a simple whipping post erected in 1632 to…. In a history entitled Our Police Protectors: History of the New York Police from the Earliest Period to the Present, author Augustine E. Costello provides some good background information. This history can be found online at the Internet Archive web site that is part of American Libraries, Seymour B. Durst Old York Library Collection. Another good source for information on the New York Police Department is the Lloyd Sealy Library of the John Jay College of Criminal Justice. Archive.org has a number of annual Department of Police reports from across the country. Ancestry.com also has some criminal and court records.

Chicago has a rich law enforcement history dating back to 1835 when Orsemus Morrison was elected the first constable. He was assisted by Luther Nichols and John Shrigley. A portion of the Chicago Police Department website contains a timeline of the growth and changes in the department. Four websites of interest are:

The New Orleans Police Department has its roots in the era when the city was under Spanish rule. In the 1790s, Spanish Colonial Governor Baron de Carondelet saw the need for law enforcement. A short history can be found at New Orleans Online.com. The New Orleans Public Library has an excellent online exhibit, Hidden from History – Unknown New Orleanians, curated by Emily Epstein Landau with materials in the City Archives. It discusses some of the records, including police records, available for those residents of the city who preferred to stay out of the limelight. The City Archives is part of the New Orleans Public Library and, among other things, holds on deposit the pre-1927 records of the civil courts and the pre-1932 records of criminal courts of Orleans Parish.

For the genealogy researcher whose ancestors lived in smaller towns, there is hope–but it may take some digging. The towns usually had some kind of police force and, if there was some kind of a disturbance, even as mundane as a barking dog, a complaint had to be lodged and action recorded. Municipal records were often kept at the city hall. Staff of a local museum may have information on the whereabouts of these records. The staffers may even be able to help the researcher find out when the police or sheriff’s office was organized and who served on the force. Information may also be available online on a city or county government website.

With the advent of automobiles and improved roads in the early 1900s, law enforcement changed. States began to see the need for an organization to enforce traffic regulations. Called Highway Patrol, State Troopers or State Police, the jurisdiction of these forces crosses city limits and county lines. The Official Directory of State Patrol and Police web site, founded by Terrance Martin, has links to state patrols. Many of the web sites include a history of the organization and memorials to fallen officers.

The challenge of finding criminal court records may be a bit daunting for the family history researcher. There are many avenues for the genealogy researcher to explore…

The professional genealogists at Record Click are available to help you find information on the family history. We work with these repositories and have experience finding that piece of information that will break you free from brick walls.