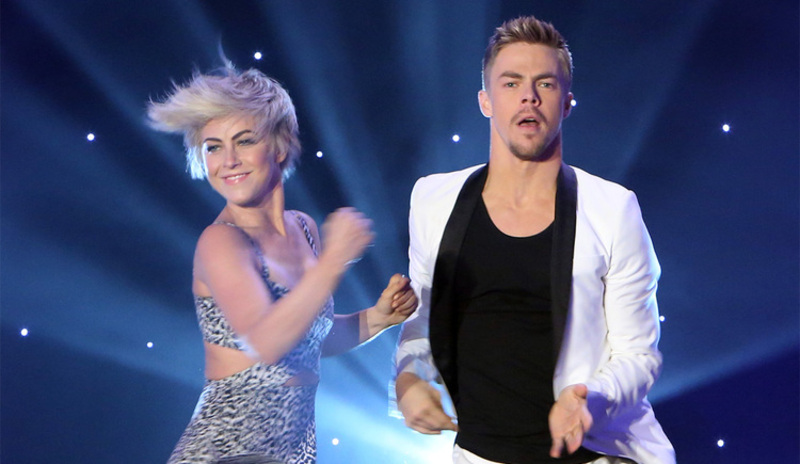 Genealogy can turn up talent in generations. Multi-talented dancer-actor-singer-choreographer Derek Hough and his equally amazing sister, Julianne Hough, show that high kicks must be in their genes. RecordClick family history researchers look at the athletic and graceful lineage of these Dancing With The Stars Champions as they continue on their multi-city dance revue.

Genealogy can spot talent in multiple generations.  Details uncovered by a family history researcher may turn an ancestral  hunch and Quickstep it into a reality.

This RecordClick genealogy researcher thinks that three generations of dancers in the Hough family tree have something to do with the amazing talents of Derek Hough and his sister Julianne Hough. How else might the super-talented siblings dance their way to a total of seven Mirror Ball Trophies, the highest prize on TV’s mega-hit Dancing With the Stars (DWTS)?

Derek and Julianne, sometimes called the blond Osmonds, have not only Salsa-ed, but Jitterbugged and Jived to success beyond the ballroom, too. Like the Osmonds, they have genealogy that shows performing talent across this generation and through multiple family lines. The Houghs are now performing a sibling dance show called MOVE Live on Tour across the country and are continuing to act, choreograph and sing. 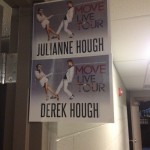 The two amazing dancers, the Hough siblings, have a lineage of dancers and athletes. CREDIT: c 2014 Move Live on Tour

WINK: Mariann and Bruce were part of a ballroom dance team.

Dad has a B.S. degree from the Marriott School of Management at Brigham Young University in Utah and before that got an Associate’s Degree in journalism at Ricks College (called Brigham Young University since 2001) in Idaho which led to a stint in radio broadcasting. According to the Idaho city directories, he resided in Coeur d’ Alene, Idaho and commuted between Utah and Idaho.

According to records found by this genealogy researcher, the couple eventually divorced and each parent is now remarried. (Mom is Mariann Nelson, now, according to her website.) More recently, Dad Bruce was elected twice as the chairman of the Utah Republican Party and still plays a role on the National Republican Committee. He is also an entrepreneurial businessman and, since 1994, has been President of the Nutraceutical Corporation, the international health products and nutritional supplement company.

A quick search of Idaho’s Coeur d’Alene newspapers reveals that the siblings’ grandfather, Robert (Bob) V. Hough, retired from a 40-year career in radio broadcasting in Coeur d’Alene.  Robert V. Hough was born on February 16, 1927 in North Hollywood, California. He did a three-year stint in the U.S. Army Infantry at the end of World War II and went to the southwest Pacific Islands which led him to recount many memories of the beautiful sights. After his time in military service, or as Granddad Bob called it in a local newspaper interview “a trip to the south Pacific on Uncle Sam”, Bob returned to the U.S. He married Colleen Wood on August 12, 1950 in Kootenai County, Idaho.  By 1952, Bob was residing in Coeur d’ Alene, Idaho and his occupation was listed as announcer, according to a search by this professional genealogist of the 1952 city directory.

City Directories are valuable tools in the genealogy researcher toolbox.  They often place your ancestor in a particular location and list occupations. Newspapers are another beneficial resource. They give first hand reports and add vivid color to the vital statistics. For example, newspaper reports turned up information about Grandfather Bob’s baseball glove.

WINK: From that article, we now know that he may be where the siblings get some of their hereditary athletic prowess. Additional great genealogy information: Grandpa played for a Triple A Dodger farm team in the 1940s. More recently, the newspaper account noted, Julianne arranged for Grandpa to throw the first pitch at Dodger Stadium and for him to announce the starting lineup at the game.

Back to the Hough siblings.

Raised in a Mormon family, each had a wide variety of interests at an early age including music, karate and dance. It was their talent for ballroom dance that piqued their parents’—and others’– attention. Their dancing next took them to London, England where as young children, at ages 10 and 13, they were sent to perfect their dance art and to compete. (It was also reported to be the year their parents were divorcing.) In the U.K., they lived and trained with the internationally known dance coaches, Shirley and Corky Ballas, whose son, Mark, is also a professional dancer on DWTS.

After five years abroad, Julianne returned to the United States to live with her divorced mother in Las Vegas, Nevada. Derek remained in London for an additional five years. School records are excellent sources for the genealogy researcher. The information often includes the attendance record, names of parents, birth dates or age of child. School records show that both of our Hough siblings attended Italia Conti Academy of Performing Arts School in London. Derek graduated from the school. Julianne, records show, graduated from Alta High School in Sandy, Utah.

While in London, Derek and Julianne both began to act professionally. Julianne was first with a stage appearance in 2001 at age 13 in Harry Potter and the Sorcerer’s Stone. Derek starred as the male lead in the stage version of Footloose in London’s West End. He also was in Chitty, Chitty, Bang, Bang at the London Palladium at age 18.

Their octogenarian grandparents, Bob and Colleen Wood Hough, are still going strong. They visited the set of DWTS during a recent season. Grandma Colleen twirled on the dance floor with the show’s judges, Len Goodwin and Bruno Tonioli. According to press reports, the elder Houghs held their own and looked as though they “could teach the professionals a step or two”.

A bit of genealogical research with some Cha Cha and a sprinkling of marriage records, city directories, newspaper articles and a few digital dance steps along the way has revealed the Hough’s origins. The genealogy research has also shown some of the sources of the talent: their family tree.

Time now to do your genealogy and link generations and talents in your family!? Let RecordClick’s professional genealogists help you Waltz through your family tree.