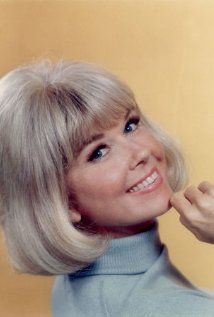 Only a genealogy researcher knows for sure. Disasters, while well documented, are often hidden by families, hushed up, never shown in public. When you are in the spotlight like America’s popular actress Doris Day, life’s disasters become even that much more public. Our RecordClick genealogist looks at the many private heartaches Ms. Day has had and highlights the benefit of such records for the family history researcher.

Unless you are a genealogy researcher, you often never know.

In this case, you’d never know from her pert smile and perfect coif that one of America’s most popular actresses—Doris Day–has had such challenges in her life. A professional genealogist would know once he or she began doing the research, though.

All-American girl Doris Day, born Doris Mary Ann von Kappelhoff, turned 90 this year, as a genealogy researcher will find on her birth certificate (and her website). She has had a life on screen and TV that didn’t quite match the goings-on in her real life. The genealogist will see that while her public life was documented in 600 audio recordings, 39 films and multiple award-winning television shows, her personal life was documented by accident reports, financial loss, legal cases, and medical reports.

She is a child of German immigrants, whose ancestors were from all over Germany. Her personal genealogy has been traced way back to the 1600s in Germany. Those genealogy researchers looking at German ancestry or German genealogy will know that documenting this ancestry can be done well with the wealth of German documentation.

Our Doris was born in Cincinnati. Her father, Wilhelm von Kappelhoff, was musical. He was a church organist, choir master and music teacher. Her mother, Alma Sophia Welz, divorced him when Doris and her older brother Paul were young.

According to her biographical reports and her own book, Doris’s mom had seen to it that Doris had dance lessons early on. She was talented and recognized with local awards.

But then a first disaster struck and it changed her life:

Thirteen-year-old Doris was one of four persons injured Oct. 13, 1937, when a car collided with a Pennsylvania Railroad locomotive on the High Street crossing at Fifth Street. There were no warning lights or gates at the crossing then.

The genealogy researcher can find documentation for this accident in newspaper reports from the time as well as reports detailing the many decades of problems at that train crossing. A genealogist will find that there is an entire report just on the history of that train crossing and the many accidents that happened there. Often, an accident isn’t the first. The family history researcher and genealogist can look for public records of hearings on the location, transportation group or federal incident reports.

This accident was fortuitous for Doris. Because her legs were damaged, she had to work hard to rehabilitate them. She listened to the radio while recovering and sang along. Doris’s mother made sure her daughter’s musical education didn’t stop. Instead of dancing lessons, she switched her daughter to singing lessons.

A genealogy researcher can search for the listing for her singing teacher, Grace Raine, in the Cincinnati business directories for that time.

Turned out, Doris had a good voice and singing lessons were good for her. With her good voice, she achieved local fame and, ultimately, a movie contract.

Yet, as the genealogy researcher will find, singing did lead to another disaster. She was married young to a fellow musician in the band for which she was singing at that time.  This led to the second disaster that changed her life.

Doris’s first husband, trombonist Al Jorden, was physically abusive, according to written accounts. Though she had a child with him in 1942, she divorced him.

Doris went on to have two more marriages. Her third husband, Marty Melcher, was her agent. After his death, she discovered that he and his business partner had squandered her earnings through business schemes and deals.  She was left financially ruined and in debt. She sued the business partner and, after many years, won a large award. She received only a fraction after all the legal bills were paid. The genealogy researcher can find documentation of this type of financial disaster in bank records, legal records, court records, newspaper accounts and other financial recordings.

DISASTER 4: DEATH OF A CHILD

Doris’s only son, Terry Melcher, born Terrence Paul Jorden, died in 2012 at age 62 of melanoma. The death of a child is said to be one of the worst things to happen to someone. The genealogy researcher would likely find information on a child’s death in the death certificate, obituary, funeral home records, medical records, to begin. First hand interviews with surviving spouses and children could complete the picture.  (Just a note from this genealogy researcher: Newspaper accounts and medical records show that Doris’s son was involved in a motorcycle accident years before his death. In the accident, his legs were crushed. Isn’t it odd that he, like his mother many years before, would suffer from and accident that crushed his legs?) 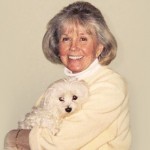 The amazing part about Doris Day’s life is that she has devoted these later years to helping animals avert disaster. Her care and funding of animal advocacy work has helped other beings in this universe not have such pain and heartbreak.  She has started the Doris Day Animal League, The Doris Day Animal Foundation and the Doris Day Animal horse Rescue. Perhaps her kindness and devotion to these causes comes from her own life of surviving disasters and living through hardship.

Want to know more about your family’s history, RecordClick’s professional genealogists will get the documents you need to tell the story. A RecordClick genealogy researcher can find information on almost any part of your family history.