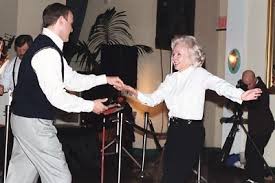 When the 90- year old dancer first appeared on YouTube, she was gorgeous, talented and everyone wondered who she was. RecordClick genealogist Joan Shurtliff finds out that the YouTube sensation is one of America’s great Swing Dancers. Our professional genealogist finds dancer Jean Phelps Veloz also has ancestral ties to the City of Angels.

This genealogy researcher knows that booming towns can lead to swinging times. The YouTube sensation, 90-year old Dancer Jean Phelps Veloz, is proof of that. To understand what dancing means to Jean, view the YouTube video.

This RecordClick genealogist enjoys a good story and Jean’s is certainly an entertaining one. As with all genealogy, there is history. In this case, this genealogy researcher will take a quick look at the history, family and culture that has shaped Jean’s life.

First, a genealogy researcher needs to know the history of the family.

Jean was born March 1, 1924 in Los Angeles to Lyndon Phelps and Marie Grinnell. Lyndon had both old and new ties to the state. Lyndon’s mother, Katie Jones, was born in California in 1874. His father, Charles L. Phelps, was born in Iowa in 1869. Jean’s mother, Marie Grinnell was new to California. Marie had been born in Iowa and her own parents, Arthur Grinnell and Lillian Burlingame were born in Wisconsin. Widowed at a young age, Jean’s maternal grandmother, Lillian, had moved with her three children to Los Angeles in somewhere between 1910 and 1920.

At the time of Jean’s grandmother’s move to Los Angeles, the place was booming. Founded in 1781, Los Angeles had spent most of its first 100 years as a sleepy Mexican village. When researching a city, it is always good for the genealogy researcher to get a sense of the place’s history.  Here are some dates that give historical context to Los Angeles:

The 1920 U.S. Census, enumerated in January, finds Jean’s dad, Lyndon, 28, working as a mill man and living in Inyo County near Yosemite National Park. Jean’s mom, Ada M. Grinnell, 26, was living in Los Angeles with her mother and two siblings. Ada and her sister were working as stenographers.

This genealogy researcher has found that the couple was married on the March 1, 1920 in Los Angeles. On their marriage record, both are listed as living in Los Angeles. By then, Lyndon J. Phelps was a machinist and Marie Ada Grinnell was listed as being in the clerical field. (Note the name of Jean’s mom, which this genealogy researcher thinks was now her middle name and first name transposed.) By 1930, the Phelps had three children: Robert, Jean and Raymond. By 1940, the couple had divorced. Marie and the children moved to Santa Barbara County, just up the coast from Los Angeles. There, Marie Ada found work as a telephone operator.

The 1920s was a decade of change in the United States. On one hand, prohibition became the law of the land. On the other hand, a new up-tempo kind of music called Swing or Big Band gained a foothold. With roots in jazz, Duke Ellington, Cab Calloway, Benny Goodman, Harry James, Les Brown, to name just a few, created bands that toured the country and celebrated their sound on the newest medium – radio. This is the music Jean Phelps grew up on. 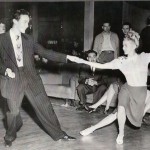 Jean Phelps Veloz was a Swing dancer early on. Here, she is dancing with her brother, Raymond. 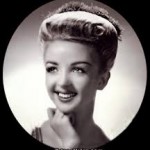 Good music is great listening, but the energy of Swing and Big Band needed something else and the young people complied with new dances. Hollywood and the movies began recording it. Jean, with the encouragement of her mother, began dancing. One of her early partners was her brother, Raymond. Another partner was dancer Arthur Walsh. Jean and Arthur entered a dancing contest and won. The prize: An appearance in the movie Swing Fever in 1943. With that, Jean received her Screen Actors Guild card. Following this, she appeared in a number of movies including The Horn Blows at Midnight with Jack Benny; Groovie Movie; Swingin’ On a Tea Garden Gate with Peter Lawford and Jive Junction.

In 1947, Jean’s career took a turn when she was selected by ballroom dancer Frank Veloz to be his new partner. Frank’s career had begun in the 1920s and included live performances, several Broadway productions and the movies. According to the Internet Broadway Data Base, Frank’s Broadway shows included The Love Call, Pleasure Bound and Hot-Cha!

The interest in each other became personal and the couple married in 1963. They opened several dance studios and continued to teach dancing. For a time, Frank and Jean had a dance program on a local Los Angeles television network.

After Frank died in 1981, Jean hung up her dancing shoes. But it wasn’t for too long. She soon discovered that there was still interest in Swing Dancing and fans still remembered her. Jean Veloz was inducted into the prestigious California Swing Dance Hall of Fame in 1996. 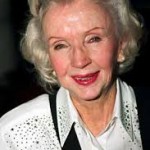 Jean Phelps Veloz at 90 is a dancing treasure.

So at 90, there is Jean Phelps Veloz  on Youtube looking fit, trim and wonderful. She is still dancing, has her own website and is doing a better Lindy than most younger folks.

Having a special birthday or event? Hire a genealogist at RecordClick to find the gift of your family’s history. A RecordClick genealogy researcher will dig deep into your ancestor’s records and create your family’s special story.