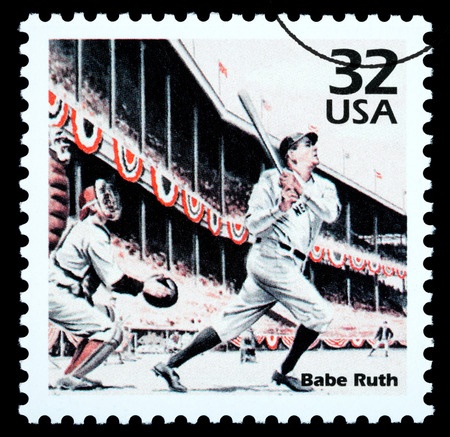 You can’t think of fall and not have your mind fill with thoughts of baseball and the World Series. Then you have the World Series and baseball and thoughts of the legendary Babe Ruth are inevitable. Our RecordClick genealogist Joan Shurtliff takes a look at the Babe’s family. George Herman Ruth, Jr. still provides home runs in the genealogy department when it comes to Baltimore, ancestry and family history research.

For many a genealogy researcher, Autumn is in the air. The baseball season is winding down and heading into the World Series.  The leaves on the trees are turning in some parts of America. Farmers are harvesting. Pumpkins are back.

So far, the Baltimore Orioles are hanging in there. They are a venerable team, with a history dating back to the early 1900s. This genealogy researcher thinks, however, that Baltimore’s greatest baseball legacy is George Herman Ruth, Jr.,  more famously known as “Babe”. 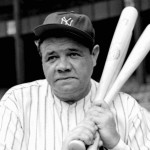 Babe Ruth began his baseball career with a minor league team in Baltimore, and wound up making it to the major leagues in Boston. The rest, many a genealogist knows, is history. But, this professional genealogist must ask: What about The Babe’s family history?

Let’s knock this one out of the park!

George Herman Ruth, Jr.’s life is well documented. He was born on the February 6, 1895. His father, George Herman Ruth, Sr. held several jobs. The family lived, for a time, at least, over Ruth’s Café, located in what is now center field of Baltimore’s Camden Yards. Interesting notes like this are terrific for the genealogy researcher and may be found in interesting sources. In particular, this information just mentioned was gleaned from the death notice of Mary Margaret Ruth Moberly from the San Francisco Chronicle, July 4, 1992.

Young George Ruth was something of an incorrigible youth and he spent time in a Catholic home for boys. Early Attention Deficit Disorder issues as we now know it to be called? Maybe a genealogy researcher can search the medical records and the records of the Catholic home for boys which may still exist. But for this search, the genealogy researcher would next be wise to look at the census records.

This professional genealogist was able to find the family in the census of 1900. In 1900, George Herman Ruth and his family lived in Baltimore City, in the 11th precinct at 339 South Woodyear Street, Dwelling 243, Family 311. Members of the family were:

*mother of 3 children with 1 surviving,

A visit by this genealogy researcher to FindAGrave found unexpected surprises. The Ruths are there. A volunteer, who is also a Babe Ruth fan as well as a genealogist, posted additional information that provides more documentation than this professional genealogist has found on most family trees online.

The posted information includes that Babe Ruth’s mother died young in August 1912 and his father died young in August 1918. The interesting fact for this family history researcher is that the two are buried in different cemeteries. Kate, born Catherine Schamberger, is buried in Holy Redeemer Cemetery as are her parents, Pius and Johanna Schamberger. George H. Ruth, Sr. is buried in Loudon Park Cemetery, as are his parents, John and Mary Ruth.

Here are a couple of notes for the genealogy researcher about doing research in Baltimore. First, the City of Baltimore and the County of Baltimore are two separate entities. Each entity has a different set of records.

Next, there are many vital records available to the genealogy researcher from the Maryland State Archives. This resource includes:
• Birth Records: Before 1925 for legal purposes only with proper identification. Births over 100 years ago are open to the public.
• Death Records: For the state 1898-1998 and for Baltimore City from 1875-1998.
• Marriage Records: Most local jurisdictions prior to 1914 and after that date both statewide and local records.
• Adoption Records: Most adoptions prior to June 1, 1947 are open and available to anyone.

To follow the Ruth Family back one more generation, George H. Sr. and Kate are found in the 1880 U.S. Census:

This genealogist asked herself if the records could be found for Babe Ruth’s grandfather P. Shamberger (sic) who came to the United States from Baden in what is now Germany.

The online resource FindAGrave lists Pius Schamberger as dying July 21, 1904 and buried in Holy Redeemer Cemetery. The 1900 Census finds Pius Shamberg (sic), Johanna and two daughters living at 216 Emory St. Pius states he immigrated in 1854 and was an alien. Immigration records find him arriving in New York on December 19, 1854 at the age of 22 on the Ship North Wind. He left Europe from LeHavre, France.

As the genealogy researcher can see, Babe Ruth’s family, with the early deaths of his parents,is a good example of German immigrants adapting to the challenges of a new country and culture. In the case of Babe Ruth, he scored big in America!

Every family has home runs. The professional genealogists at RecordClick will find the records and stories to tell your family’s unique history. Contact us so we can hit it out of the park for you.