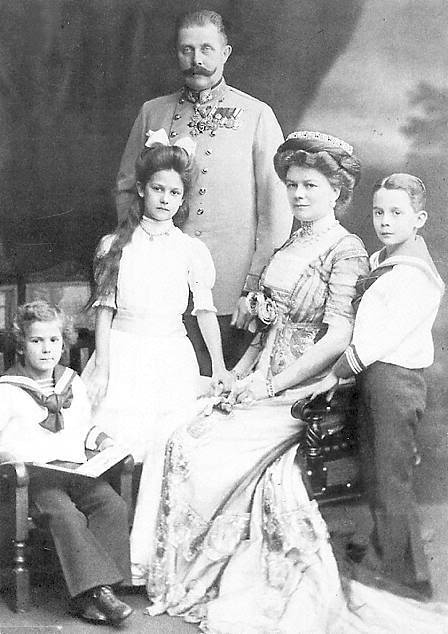 A RecordClick genealogist looks at the mystery and history of the Archduke and his wife
whose deaths triggered the first World War. These twists and turns will be of interest to the family history researcher.
And what is an Archduke anyway!?

Genealogists love history, mystery and centennials, don’t you? So, a genealogist doing research in Austria-Hungary may note that it is one hundred years since Archduke Franz Ferdinand Crown Prince of Austria-Hungary and his wife Sophie, Duchess of Hohenberg were murdered in Sarajevo on June 28, 1914. This is the event that set off the chain of events that began World War I. 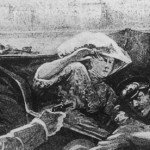 A hundred years usually means lots to the family history researcher. Lots of new lines on the family tree chart. Lots of genealogical research to be done.

To recall this historic event, we genealogy researchers will look briefly at the Archduke Franz Ferdinand’s family history. Royal lineage like this is exciting for the professional genealogist because most of us wish we, too, had royal family members. And we say we’ll look briefly at it because the lineage charts for this family go on and on for centuries back.

In many families where one “marries up” or “marries down”, there are uneven and bumpy roads both on the family tree chart and in reality. Genealogists will find that Archduke Franz Ferdinand is no different. He has history, mystery and more.

First, his title of Archduke is mysterious. It is below king and above duke. It’s tricky for the genealogist to figure out the whys of this title but let’s just say there was some wrangling with status and inheritance issues throughout this European area that his family ruled.  When a genealogist looks through the history here, he’ll see many emperors, kinds, dukes, princes…and, of course, a bunch of archdukes.

The male family members who ruled the Habsburg territory in Austria were the ones who initially bore this title. The inheritance issues in the territories prevented archdukes from having the same status as those descending from the Austrian crown lines, ensuring that some properties remained in the possession of the rulers who were vested in the Austrian crown.

Some quick parental facts for the genealogy researcher: Franz Ferdinand’s parents were Archduke Karl Ludwig of Austria and his second (of four) wife Princess Maria Annunciata of Bourbon-Two Sicilies.

Now about Franz Ferdinand’s sibilings. He was the eldest of four children:

This is always interesting information for the genealogist who may want to add some timeline color and for the genealogical researcher searching  in Austria-Hungary. Here are some events in the life of Archduke of Austria-Este, Franz Ferdinand who descends from the House of Habsburg-Lorraine:

The next mystery to come in the genealogy of Franz Ferdinand is when he meets Countess Sophie Maria Josephine Albina Chotek von Chotkova und Wognin  at a Prague ball in 1894. Though she has some royal relatives, she did not meet the lineage qualifications to marry him.

But the Emperor of the region just didn’t think that Sophie was classy enough for Franz Ferdinand and so he fought the marriage.

Genealogist mystery: how did the Emperor lose this mini battle? The family tree, of course: powerful relatives lobbied for our Franz Ferdinand’s true love.

Franz Ferdinand finally receives permission in 1899 from the Emperor Franz Joseph to marry Sophie. BUT the marriage comes with big restrictions.  It is called a “morganatic” marriage, with means there are social restrictions and limited succession rights. Yet, Franz Ferdinand does get his way and marries Sophie in 1900. That’s the history part for the genealogy researcher.

However… with this morganatic marriage, a genealogist will find that Sophie didn’t get social or succession rights for herself or her children.  So when they went out in public, Sophie often wasn’t allowed to walk side by side with him and, many times, couldn’t even sit with him at formal affairs.

Love conquered almost all. Seems they were devoted to one another and loved their children. It is said that Franz Ferdinand after being shot that history-making day in Sarajevo, blurted out to Sophie a request to take care of the children. He was unaware that she, too, had been mortally injured.

Love did not conquer all, in this case. But it is a royal challenge for the genealogist and interesting for family history researchers.

To conclude, for any genealogists looking to go to the European crypt of Franz Ferdinand and Sophie, they are interred in their Artstetten Castle in Austria.