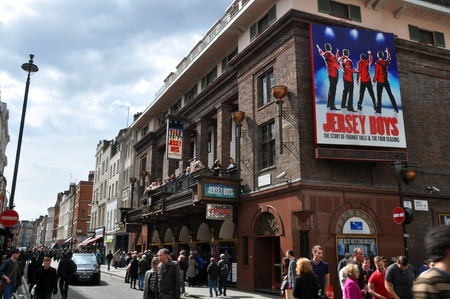 Did you see the summer movie Jersey Boys yet? Frankie Valli and the Four Seasons’ story is told on film. Now, our RecordClick professional genealogist Joan Shurtliff tells the genealogy researcher story. She gets real names and dates. Quick question: Do you think the group would have made it this big as Frank Castelluccio and The Four Seasons?

With genealogy, ethnicity or nationality is important. For this genealogist, being half German and a bit more structured in my life, I am often amazed by other nationalities. Today, it is the Italians. This professional genealogist recently enjoyed watching Jersey Boys, the movie about Frankie Valli and The Four Seasons. I did enjoy the “que sera, sera” attitude of some of the film’s Italian characters. I’m going to use this as an opportunity to “borrow” an Italian family and be their genealogy researcher for a bit.

First, a history note from a professional genealogist: People usually didn’t move to some place new for the fun of it. Something was probably going on that was making their lives a tad bit miserable.

This genealogist finds it difficult to imagine that any person would want to leave southern Italy.  Yet, in the late 1800s, there were a lot of changes there. In the 1860s, Italy was unified. That was followed in the 1870s by a socialist period marked by corruption, governmental problems and poverty. If that wasn’t enough, there was also a cholera epidemic that killed some 55,000 people. Life got tougher. So, in the 1880s, Italians began taking a chance on going to the United States. Genealogy researchers will see that the immigration numbers from Italy to the United States peak in the early 1900s.

Another note from a professional genealogist: A good genealogist begins by working backwards. Its sort of like a genealogy Working My Way Back To You.

Jersey Boys‘ Frankie Valli and his Italian family provide the perfect example. According to online biographies, Frankie Valli’s real surname isn’t Valli. It’s Castelluccio. In typical genealogy researcher fashion, I have found that the name has a number of spellings in various records, including Cestelucci.

Our Frankie was born in 1931 in Newark, New Jersey to Anthony and Mary Rinaldi Castelluccio. So far, so good. But the genealogy gets more interesting. The next step I took was to find Anthony and Mary in the U.S. Census. Thanks to the online site FindAGrave, I found the couple buried in Glendale Cemetery, Essex County, New Jersey. The dates listed: 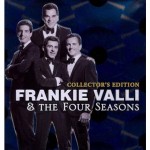 In order to get birth dates, the next place this professional genealogist looked was the Social Security Death Index. Anthony was easy – he was born November 28, 1911 with the last residence of Passaic, New Jersey. Mother Mary, on the other hand, is problematic.

There are three Mary Castelluccios listed:

For the first entry, the birth year is nowhere close. However, the death year is correct and Rockland, New York county borders the County of Passaic, New Jersey. The dates on the second entry for Mary are both off. While the birthday for the third Mary entry is close, the death date is not at all close to the cemetery information and also, Burlington, New Jersey is a bit too far south and west. I’m not ready to commit to any of these three entries. So, this it’s back to the census for this genealogy researcher.

In the 1920 United States Census, Anthony and Mary, both single, are entered in with their families. Anthony was living at 314 Sixth Street in Jersey City, New Jersey. Keep in mind that the 1920 Census was enumerated in January. The enumeration date can make a difference in the listed ages.

Then there are the Rinaldis. They are living at 221 Montgomery Street, about a mile from the Castelluccios in Jersey City.

If this Census is correct, Mary was born in 1909 and this creates another possible birth year. Whichever is correct, this genealogy researcher can surmise that the couple probably married sometime around the time the 1930 Census was taken. This professional genealogist has not yet found Joseph and Mary in the 1910 Census, but when I do, that will likely also confirm a birth year.

While census records are a good source of information, family history researchers know that other records may be even better. New Jersey doesn’t have recent birth and marriage records online. Local church records may be a resource for the genealogy researcher, especially since Anthony and Mary lived in a good Italian neighborhood and many Italians in the neighborhood were Catholic. Holy Rosary Catholic Church, 344 Sixth Street, is very close to where Anthony lived. It was founded in the mid-1880s to serve the Italian community in Jersey City. A family history researcher may find that this church has baptism, confirmation, marriage and burial records for the family including basic information like this:

During the 1900s, the cities of northeastern New Jersey were lively and crowded. Neighborhoods had many apartment buildings and affordable single family dwellings. When families could afford to, they moved to better housing. Between 1920 and 1930, Anthony’s parents moved from Sixth Street in Jersey City to 9 High Street in Newark. As for Mary’s parents, by 1930, they had moved from Montgomery Street to 74 Woodlawn Avenue in Jersey City.

Many of those Italians living in northern New Jersey were first or second generation residents of this country. Finding those immigrant roots may be a challenge for the genealogy researcher. This professional genealogy researcher will take a look at that topic next time.

If you are having difficulty locating your immigrant ancestors, the professional genealogists at RecordClick will help you. We provide expert insight into how your ancestors emigrated from one country to another. We have genealogy researchers who will obtain documentation and will solve your family’s genealogy mysteries.