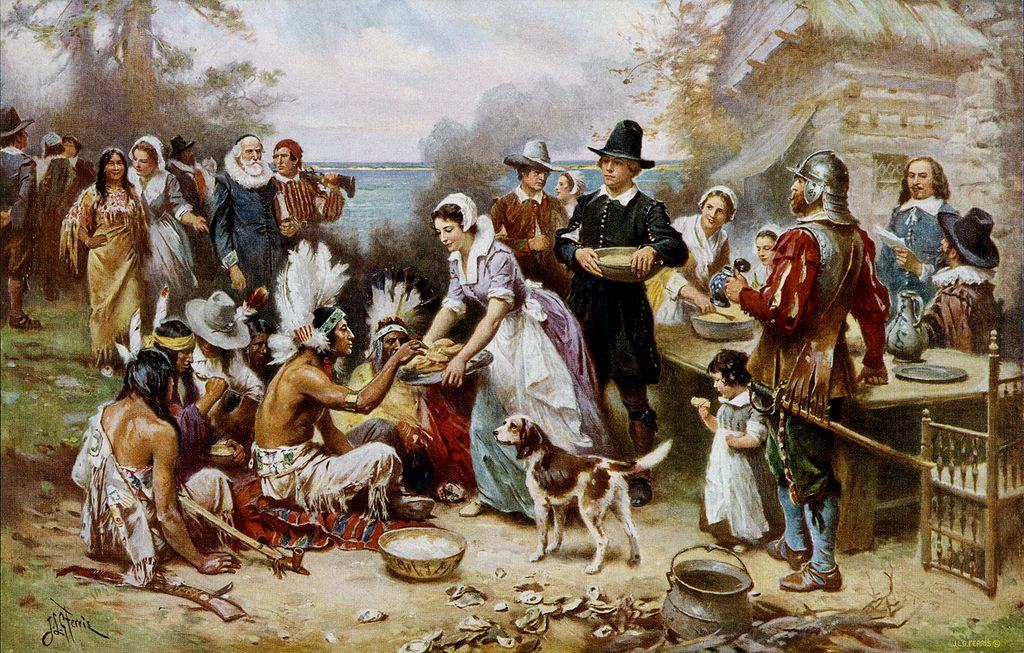 Thanksgiving makes us think of the Pilgrims, the Mayflower and the Native Americans all having a great feast. Yet, there were more settlers than just the people who came over on the Mayflower. Many ships came and there were numerous Native Americans who helped the settlers. Every one of them has descendants. We are giving thanks to our RecordClick genealogy researcher Joan Shurtliff for remembering the additional people who helped settle our nation.

As this RecordClick genealogy researcher ambles around the internet, the speed at which  information is posted on various websites makes me smile. There are now estimates of over 20 million individuals who can claim roots leading back to the courageous 102 passengers on the Mayflower. How timely a recent episode of Finding Your Roots on Public Television was. Genealogy researchers were able to trace the family history of Academy Award-winning actress Sally Field back to William Bradford, the Mayflower passenger and Pilgrim leader. So, with that many people descended from these courageous people–who came here seeking their fortunes and a safe place to worship–it isn’t a surprise to this genealogist that even Sally Field has ties to the Mayflower.

But – and I often include the “but” – there is more. I am a genealogist and  I have to ask questions.

First, who met and helped these Pilgrims? The Mayflower landed in November of 1620 which, as anyone from America’s East Coast knows, is not a promising time to start settlement.

What about later years? The Mayflower was just the one of many ships bringing more people in a procession lasting 300 years.

What was the impact of settlement on these people? What were their lives like? This is the stuff a genealogy researcher revels in.

With Thanksgiving approaching, this professional genealogist thought it might be interesting to investigate those early years.

The Native Americans who met the Mayflower were the Wampanoag people. They were residents of the area for many thousands of years. In the early 1600s, incursions from neighboring Native Americans and disease caused their population to drop from about 8,000 to approximately 2,000. The Wampanoag people lived on the eastern shore of what is now Massachusetts and on the islands of Nantucket and Martha’s Vineyard.

While the Pilgrims were early settlers in southeastern Massachusetts, genealogy researchers should remember they were not the first English people to arrive here. Colonists from England began arriving in what is now Virginia since before 1610. English fishermen had been in the Cape Cod area several years before the Mayflower’s arrival and had developed a relationship with the Native Americans.

One such Native American was Samoset, a Wampanoag who established relationships early on with the Pilgrims. Samoset had learned enough English to 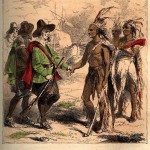 Native Americans are very much a part of the history of the Pilgrims who settled this country. Here, Samoset meets with the Pilgrim leaders.

greet the newcomers in their own language. He knew another Native American named Squanto who became a liaison with the new settlers.

The Native Americans helped the Pilgrims survive the first winter and taught them how to live in this new land. A celebration of Thanksgiving was held in in the fall of 1621 with a number of Wampanoag people joining the Pilgrims. The genealogy researcher will find that historical records detail a three day feast.

In early November of 1621, a second ship, the Fortune, landed with about 35 new settlers and few provisions. Were the passengers of the Fortune have been present at the Pilgrim’s Thanksgiving? This genealogy researcher located two written accounts by Edward Winslow and William Bradford that survive and have no specific mention of the date of the feast or of new arrivals.

The passengers on the Fortune:

Two more ships, the Anne and the Little James landed in 1623 with 85 passengers, according to research by this genealogist. New arrivals developed relationships with earlier settlers. Slowly, temporary housing became permanent. There were births, deaths and marriages. New towns were established. Governing individuals created laws and regulations. Houses of Worship and Schools were started. The genealogy researcher will find that records, diaries, and letters of these settlers were written, many of which still survive.

For those genealogists interested in Pilgrim family history research, the General Society of Mayflower Descendants, founded in the late 1800s, focuses on the Mayflower only and not later arrivals.

What, the genealogy researcher will ask, happened to the records of everyone else–the Native Americans and the passengers on the later ships?

Passengers on later ships played important roles in the community and left descendants. The Wampanoags still have a presence in Massachusetts. For example, in 1987, the Wampanoag Tribe of Gay Head became a federally acknowledged tribe.

We genealogists can be thankful for the many volumes and archives that help us understand who all of the Pilgrims and Native American ancestors were and what their world was like. 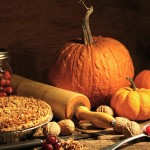 Americans can detail the genealogy of their Thanksgiving meals.

A number of websites provide information about the Pilgrims:

Searching for Pilgrim ancestors can be an ambitious undertaking. The success comes in finding out that your ancestors played an important part in the history of the United States. Many records are available at the New England Historic Genealogical Society (NEHGS), founded in 1845, which is the oldest and largest genealogical society in the United States.